Me being a goof before a podcast. I’m not an authentic douchebag! I just play one in pictures!

Who the hell am I and why the hell would you want to learn how I pickup women and control relationships?

Well for those who don’t know me I was one of the first founding members of “the pickup community”. This is back when it was literally like 50 guys on a google group. More important I am the guy who wrote “The Gunwitch Method” back in the early 2000s. It revolutionized the then primitive pickup game of the time.  I was teaching how to use mirror neurons in influence before anyone was even talking about them. I then wrote several more works over the years keeping up with all my latest discoveries. I also put out my best selling extensive 8 hour audio course on how to pickup women called “Seduction MMA” a couple years ago.

As I say in the intro audio of Witch 15, I have been with so many women in my 20 years of doing this (i’m now 38), that I can’t sit down and accurately remember/count how many.

I’ve read and tested every piece of pickup material there is as of 2017. I’ve studied every piece of influence material I could get my hands on in the last 20 years. I was doing this before the pickup community even existed. I’ve studied medical journals on how the female brain works. I’ve taken courses and classes in everything from psychology to hypnosis to occult influence. I’ve met community webmasters, students and other gurus in person. My methods have been translated in to and sold in French, Spanish, German and Russian. 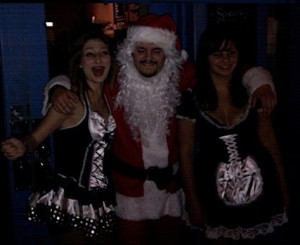 To toot my own horn a little here,  I’ve forgotten more than most have learned on this subject. I’ve been assisting guys in getting women and becoming pickup artists for 17 years. I’ve coached some of the top gurus of the top companies today, when they first arrived in the community.

My pickup materials are legend. Arrogant sounding, but quite simply true.

That combined with the experimentation on women in, being a battlefield vet of,  20 long term relationships and 11 short term relationships (as of writing Witch 15), plus assorted fuck buddy situations, makes me pretty much the top authority on how to covertly influence and control women in relationships on planet earth. No I am not kiddingly boasting, I probably am. This is why, Witch 15 is the only material like this, that I am aware of. Most relationship guides are chock full of stupidity and non specific techniques for a reason, the person writing it is coming at it from a politically correct angle, while trying to be moral. I don’t.

Buy something I got kids to feed! No I’m kidding its a relative.